Well, it seems that I jinxed it yesterday with my post. Zinedine Zidane has officially stepped down as the coach of Real Madrid and it got everyone by surprise really.

Just yesterday I wrote that he could be the new Sir Alex Ferguson, but apparently Zizou didn’t share the same enthusiasm. There were a few speculations why, but most of them were bullshit. People need to realise that most newspapers are clickbait, especially English ones. Now, as I was reading some good relevant sources that rarely get it wrong, some of those being close to Real Madrid, there were 2 reasons:

Zinedine Zidane won the Champions League three times in a row and he concluded that he got the maximum out of this squad and couldn’t see them winning anything next year since, according to this Spanish source, he thought that at this point it will only be a downward spiral if he continued coaching them, the squad was spent and that there is nothing he could give to the club anymore, having achieved what he did and didn’t want the club to suffer longterm. He thought that the player’s motivation would be low next season and didn’t think he had it in himself to keep them motivated and pull off another miracle. So basically, Zidane did everything he could and thought that it just wouldn’t work out anymore and to be fair, the sign of him losing the players could be seen this season when Real Madrid lost La Liga in January and was knocked out of Copa Del Rey, it was even said back then that Zizou would step down regardless of the Champions League success. He actually did what he thought was the best for the club and stepped down, it really showed his “Madridismo” and how much he loves the club, putting it above himself.

The second reason was that he didn’t want to go through this transitional phase that Real Madrid is dealing with. He has really bonded with every Real Madrid player having won with them all the stuff he did and just doesn’t have it in him to tell some of them that they will be replaced this summer (Gareth Bale, Keylor Navas most notably). As he said it himself multiple times: “They are my players and I will protect them to death”. José Ángel Sánchez (Real Madrid’s general director) who was present at the meeting with Florentino Pérez and Zidane noted that there are some players who should leave the club this summer and there should be some replacements too. Zidane just couldn’t do it since he loves the players so much and this also had an impact on his decision. He knows that there needs to be that transitional phase this summer and the squad needs to be refreshed, but just couldn’t do it. This could be seen when in January, young Athletic Bilbao goalkeeper Kepa Arizabalaga was supposed to arrive at the club, but Zizou halted the transfer and wanted Keylor Navas to remain the main keeper even though it was clear that it was time for a new goalkeeper.

Well, history repeats itself and Zidane showed his modest side once again. He did the same thing as a player in 2005, when he thought there is nothing he can give to that Real Madrid side anymore, he announced his retirement. He did the same thing now, and what can really be said is that he went out on a high note. Although apparently judging from what Florentino Pérez has said, Zidane will return at some point, and Zizu himself seems to hint at that.

“Zinedine Zidane knows that I loved him more than any other player or coach in this club. This is a very sad day for me” 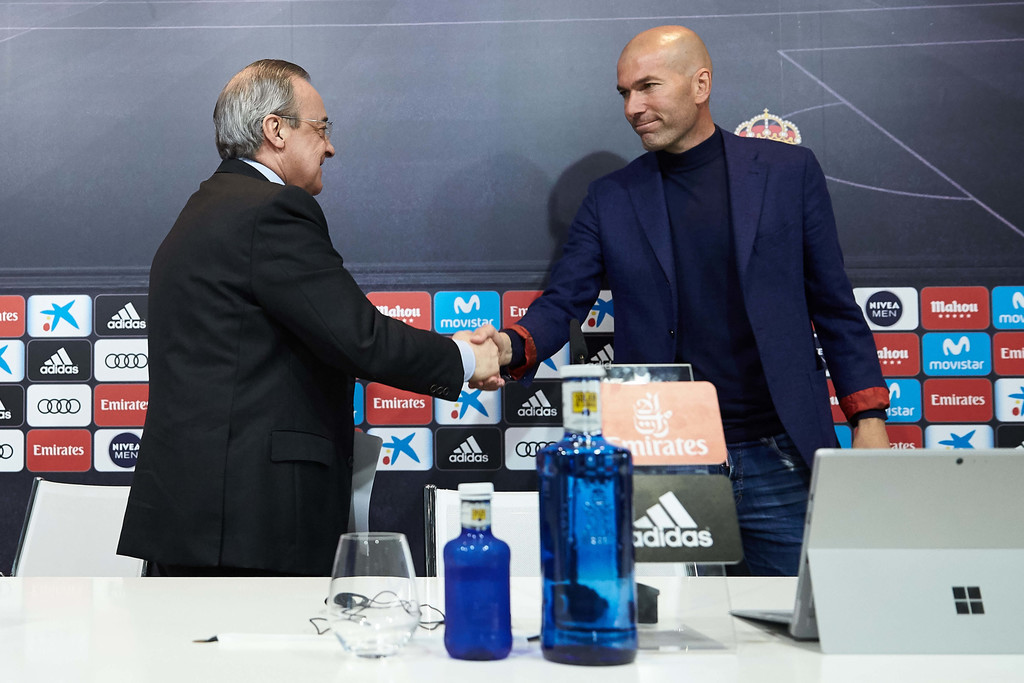